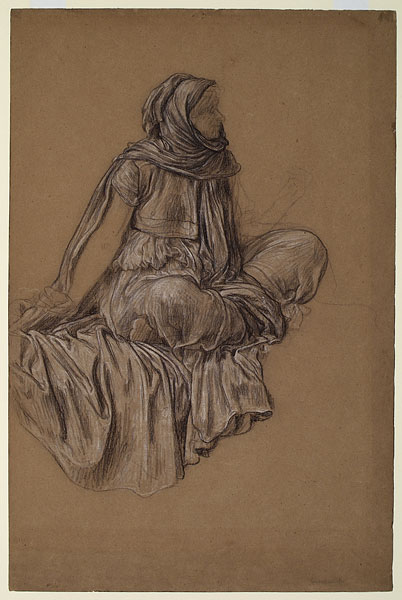 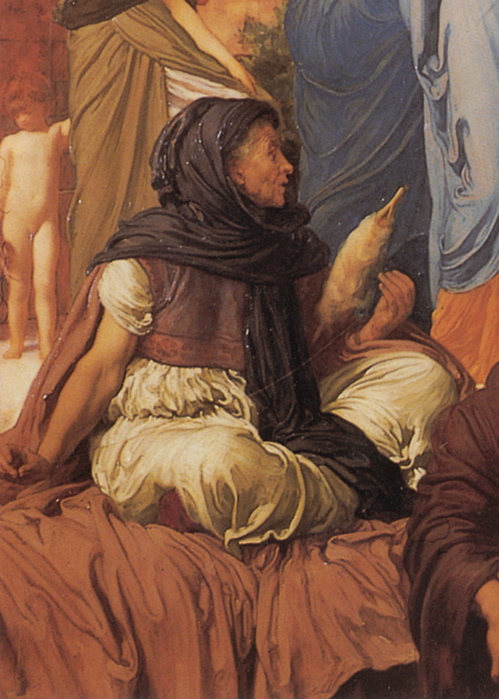 I was researching another artist when I stumbled across the website for Leighton House Museum, dedicated to preserving the memory and collection of the painter Lord Frederick Leighton. The Museum has digitized its collection of his drawings.

Leighton was appointed President of the Royal Academy in London in 1878. His highly realistic approach to this sketch reflects the values of the Academy in his day.

As can be seen above, the woman in his sketch is much younger than that appearing in the final version of the painting. The purpose of the sketch was to explore the drapery and not the woman’s features, which accounts for the lack of detail in the face and limbs and the detail in the fabric that faithfully appears in the final work.